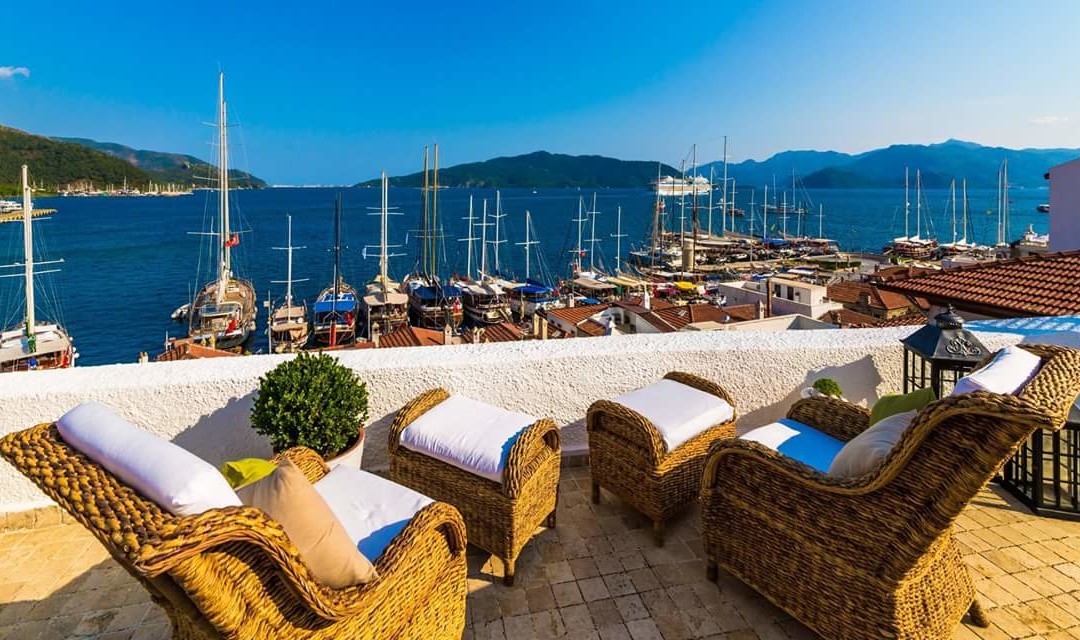 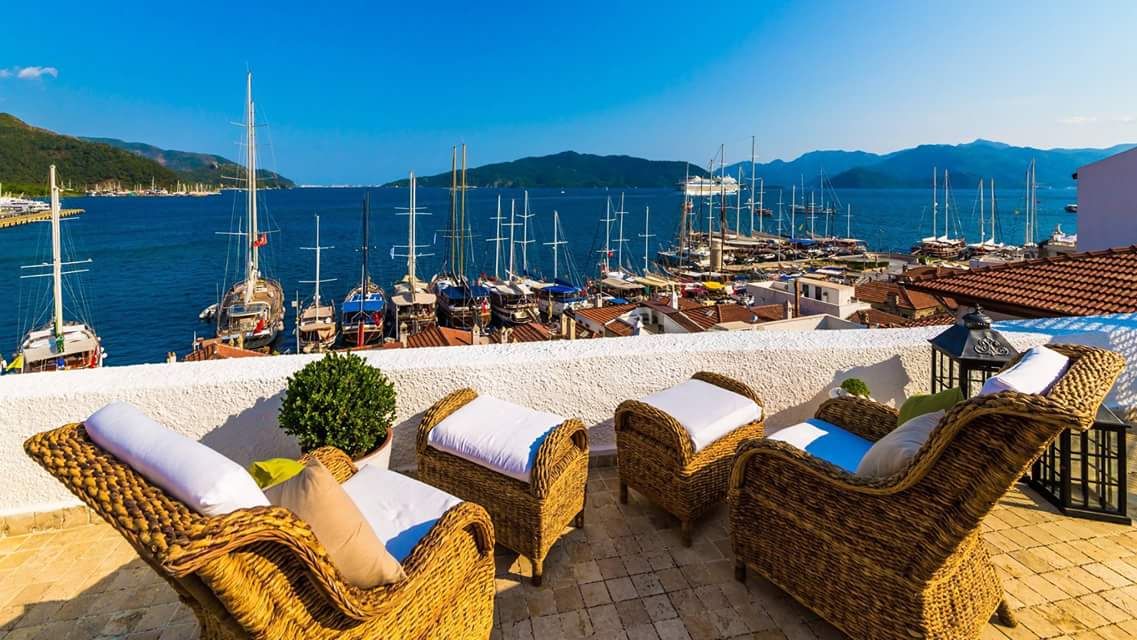 Marmaris is stunning in a natural fjord like bay surrounded by mountains thickly covered with pine forest has, how ever, made Marmaris into one of the largest and most developed resort in Turkey. It’s newly expanded yatch marina. Turkey’s largest, makes it also the main base for most of the yatch charter organisations operating on the Turquoise coast and stopover for most of the gulet cruises.

Within the Old Town behind the harbour there is a maze of narrow bazaar like streets packed with shops and restaurants. The Kaleiçi district, the warren of cobbled streets at the base of the castle, is particularly attractive with its old style houses and tiny traditional bars and provides a complete contrast to the chic European loking marina and waterfront. The Palm lined promenade leads from the Old Town a long the lenght of the narrow greyish-black sand and shingle beach of Uzun Yali which is overlooked by a jostling line of restaurants, cafes, bars and night-clubs.Marmaris is situated in southwestern Turkey at a point where the Mediterranean joins the Aegean sea. 60 kilometers away is Mugla, while to the west lies Datca. Travelling eastward will bring one to Köycegiz, and directly north is the Gulf of Gökova. Dalaman international Airports is only an hour’s drive away.